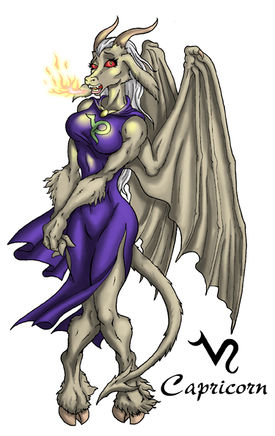 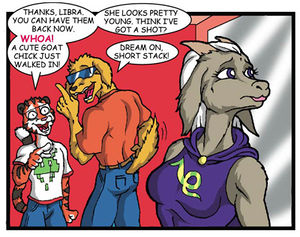 Capricorn in non-demon form (on the right).

Capricorn is one of twelve members of the superhero team Zodiac.

Little is known of Capricorn's early child-hood. The only information comes from the police reports that found a young child lying near her dead parents, apparently in the middle of some occult ritual. Sometimes the change is involuntary and she has been bounced from one foster parent to another; some good, some bad. Currently, she seems stable. Her adoptive parents are loving, understanding and she has a decent amount of control over her transformations. However, she remains an incredibly shy and naive young woman that wants to be accepted but feels that she should not be due to the evil that lurks within her.