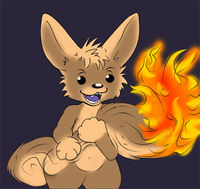 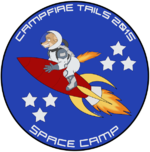 The "structure of CFT is based on attendee-driven events called Happenings." A happening is an event of artistic significance at Campfire Tails. It can be anything ranging from traditional art exhibits and themed camps, to participatory events (like craft workshops), to community builds, to mixed medium art displays, to something instantaneous and fluid, like a flash mob or a musical performance.

Any attending member can suggest or form a happening as long as the event is legal and there is room to schedule it.[citation needed]