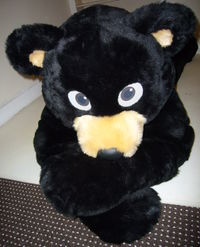 Arkobear (Arko Bear) Previously known as C-Bear_(UK) (Cool Bear) Born 1979 from the United Kingdom, is a bear, photographer and plushfur his fursona is a white plush polar bear.

Arko has been an administrator of and a contributor to various plush orientated websites and groups over the years.

He has attended some NorthernFurs_(UK) meets. 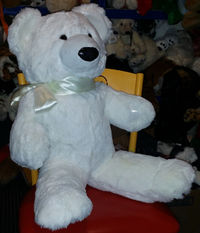 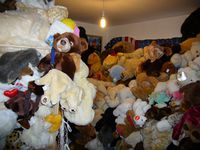 Arko owns a large collection of Plushies, and is an avid arctophile.

Arko has two fursuits of his plush fursona, and also many others including a black bear plush made by Frenzy, a green husky previously owned by Midnight, a red panda made by Sparkle Pup Studios and a pink panda made by Dragonfyre Dawn.

He has also made three plushsuits made from plushies.

On three occasions Arkobears plush website[1] has been hacked by various means, files accessed and stolen, passwords taken then accounts taken over, this was the main reason that the site was removed in 2013, on 09/01/2017 the site had a major attack again.

Arkobear owns and runs his own successful ecommerce and wholesale business which was established in 2014, selling bankrupted stock at high volumes.