The first C-ACE took place August 16-18, 2002 at the Courtyard Ottawa Downtown with an attendance of 110 people. Though the venue would later change twice, the event was always held in Ottawa. The Comic Artist Guest of Honour was Shawntae Howard, the Instructor Guest of Honour was Scott Ruggels. Two Newcomer Guests of Honour were also announced, for up and coming Canadian artists Robin Pronovost and Anya Schwartz. "Sketch Pad Lounge" proved a popular hangout. 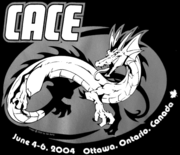 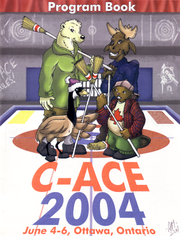