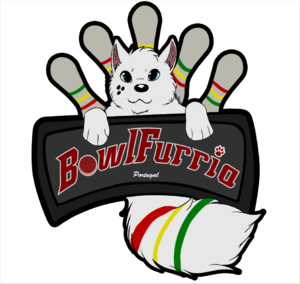 Bowlfurria is a furry bowling event planned to be held in the city of W:Oporto/ Porto and W:Lisbon/ Lisbon Its first edition happened on May 5, 2018 and it gathered 24 furries. The event was organized by EuFurria, a community for Portuguese furries, fans and artists of anthropomorphic characters. 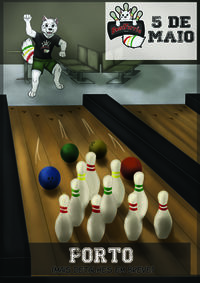 The event arose from the need to join the Portuguese furries, and to hold an event to hold a convention in the future! The event was organized by Eufurria, community for furries, fans and Portuguese artists of anthropomorphic characters.

The planning of this event began in mid January 2018, to be held in May.

Some of the prizes

It was decided to reward the winning team with some awards alluding to the event.

The first edition was held at the "Rock n 'Bowl" in north-mall because of its ease of access and the space it contains.

BowlFurria's staff is made entirely made of volunteers, who give us some of their time to organize a fun event!