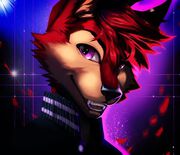 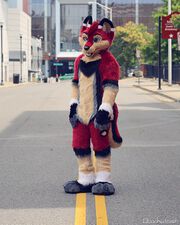 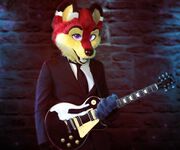 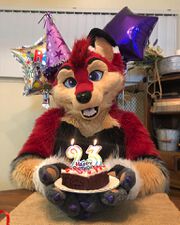 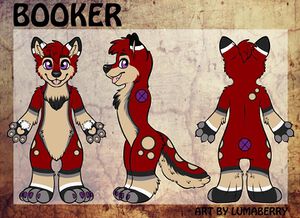 For the furry with the shark character named Booker, see Tempo.

Booker Fox or simply Booker also referred as bookerfoxeh (born August 30, 1996) is a fursuiter and YouTuber who lives in Tennessee, USA.[1]

Booker's fursuit was made by Mischief Makers in 2015.[2] He had announced about him getting his fursuit can be seen on Majira Strawberry's Booker's Fursuit Unboxing | Mischief Makers video on Oct 18, 2015.