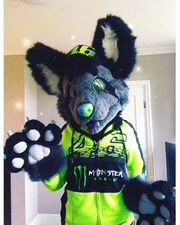 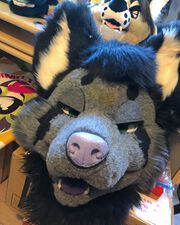 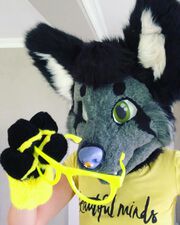 Bolt Mutt is a furry fan and YouTuber who identifies as non-binary and uses singular "they" pronouns,[1] who currently lives in Texas. Up until 2018, they lived in Long Island, New York, USA.[1]

In the early Summer of 2019, Bolt sold their 2nd fursuit to someone on Instagram. They later changed the name of the fursuit to "Beeb". Bolt later got a 3rd fursuit which they refer to as "Bolt The Raccoon Man" by Kiwi Cabot. By August 2019, Bolt had made eight videos without their fursuit but has since deleted all of them.

As of September 2020, their YouTube channel has over 46,000 subscribers. They primarily do vlogs centered around the furry community. In January 2019, they decided to take a long hiatus from YouTube and the furry fandom in general. They returned about a year later.