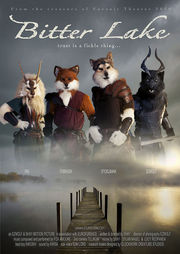 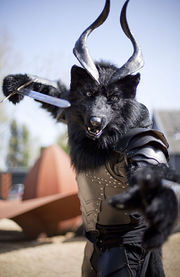 Produced by the crew and sponsored by Eurofurence, the film was shot on location in France and the Netherlands in 35mm HD, and premiered in Germany at Eurofurence 17 on August 2011.[1] The DVD, including subtitles in French, German and English was made available after the premiere. 350 copies were sold out within 25 minutes. This DVD also includes a 25 minute 'Behind the scene' feature.[3]

In December 2013 the full movie was posted on YouTube.

Clockwork Creature Studios' fursuits were chosen for their level of realism and because several members of the cast and crew already owned fursuits from this maker, which were then costumed for use in the film[4][3].

After more than a decade of peace the proud and noble kingdom of Valanor is suddenly torn apart by a terrible civil war. After 12 years, when the dust settles and resources start to dwindle, the starving people of Valanor cry out for peace, forcing the leaders of Tier, Sinnah, Daneth and Osgard to lay down their arms and meet each other at the negotiation table.

As each province prepares an envoy to find a diplomatic solution at the Kingdom's only neutral ground, an ancient and dark organization plots its return. Unbeknownst to the leaders of the four warring provinces this old enemy will stop at nothing to crush any hope of lasting peace.

Can the four envoys put their old hatreds aside and forge a bond of trust? Or will those that crave the blood and terror of war get their way?

Whatever the outcome, the fate of Valanor will be decided... at Bitter Lake[5]

The film received mixed opinions from members of the furry fandom, saying that some scenes were slow in action. The fact that the fursuit heads didn't move and did not have expressions, caused the actors and actresses to have to make the body movements dramatic for different moods. Other criticisms noted the low production values (obvious use of rental properties, minimal effort to hide modern appliances like air conditioners, insufficient lighting), the sacrifice of authenticity due to use of said rental properties (at one point a character dramatically slams their hands to a table, but does so in slow motion to avoid damaging the rental cabin's table), and a plot derided as nonsensical (with at least one critic comparing the pivotal character's motivation to the internet meme of "I was only pretending to be retarded").[6]