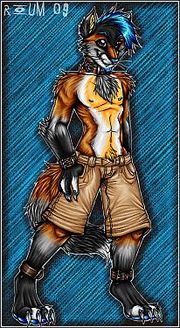 Bezel is a UK fur and fursuiter. He lives in Hampshire, England,[1] and works in IT.

Bezel's fursona is a fox/wolf hybrid (folf), of which the fox is dominant in his personality and appearance. He appears with orange/brown colouring with blue highlights and head of hair. 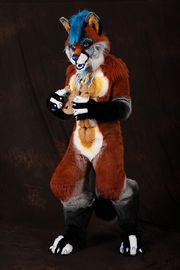 Bezel owns one complete digigrade fursuit of his folf character. It was constructed by Beastcub, and first shown at ConFuzzled 2010.

Since 2009, Bezel has regularly attended London Furs and HantsFurs meets.