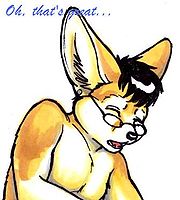 Naota Takahashi (高橋ナオ太) shortly before he attained his new slave.

Bailey McAllister has several people who he likes to hang out with, some of them being equine (who he hangs out mostly with), vulpine and lupine. Some of his friends include:

Naota likes to alternate the roles of master and slave with Bailey. Bailey enjoys listening to the band Black Sabbath while being tortured. 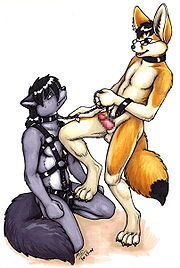