Better Days was a furry webcomic created by Jay Naylor. The comic, which ran from 2003 until 2009, focused on the life and experiences of Fisk Black, an anthropomorphic cat growing up in Georgia. Although popular, the comic received criticism for its portrayal of controversial subjects, including incest and racism. In 2009, Naylor concluded the comic's storyline, and began work on a spin-off entitled Original Life.

Better Days was announced in 2003. Naylor wanted to write about the life of his primary creation, Fisk.[1] Formerly known as a pornographic artist, Better Days would be Naylor's first webcomic.[1] He wanted to create material that was "creative and entertaining without being obscene", and to establish himself as an illustrator and a cartoonist rather than a "furry artist".[2] Better Days focused on a number of controversial issues, including racism[3][4] and incest.[3][4] The art style derived from anime and manga influence.[3][5]

Better Days takes place in Georgia,[4][5] focusing on Fisk, his twin sister Lucy, and their mother Sheila. The twins' father, Jim, died in the Vietnam War.[5] Most of the storylines are character-driven.[6] According to Naylor, the title "[refers] to the future: the result of a lifetime of planning, effort, and just living."[7] Naylor states that Fisk "most personifies my outward attitude", and that the character experienced "phases of arrogance, crassness, naivety, detached bemusement, disregard, and other flaws".[8] Lucy and Sheila were based upon characters created by Mat Sherer for Badly Drawn Kitties. Because of the strong differences between the appearance and personalities of these characters, Naylor states that the use of these characters does not constitute "character theft".[9]

Naylor did not include nudity in Better Days because he did not want to rely on pornography in order to keep readers' interest, and felt that nudity and explicit sex would distract from the story.[10] However, the comic has included violence and non-explicit sexual content.[10]

Better Days portrays African-Americans as hyenas.[3] Naylor chose to use hyenas for characters of African origin because he enjoyed drawing them, and had received compliments about his hyena characters.[11] Naylor's exploration of racism has drawn some criticism, as some readers felt that race should not play into a comic strip featuring anthropomorphic characters.[11] Naylor stated that East African characters would be portrayed as African wild dogs.[12]

Naylor's influences include Phil Hendrie, whose radio program was often referenced within the comic,[13] and Bloom County, which Naylor cites as having influenced his political views.[14] Naylor has also expressed admiration for Calvin and Hobbes[8] and Lackadaisy.[15]

Naylor sells a number of pornographic comics featuring characters from Better Days, and other side projects.[16] Naylor is supported entirely by the sales of his comics.[17]

In 2009, Naylor announced that he was ending Better Days, and would launch a new webcomic entitled Original Life, which would focus on a now-married Fisk and Elizabeth, and their children.[18]

Fisk Black is the main protagonist of the comic and the fraternal twin of Lucy. Fisk was originally rambunctious and sneaky, will play pranks on anyone he can. Accidentally gave blood pressure medicine to Lucy, causing her to go into a "coma". He over time becomes a more good natured person, and honestly admitted that he loved his sister and did not want her to die. After he graduated school, Fisk soon joins military, then becomes assassin for US, same job as Jim. He later meets and reconciles past issues with Nikki at medical tent in the army. Fisk rescues Persia from forced prostitution by LA mob. He dated Beth during military term, but marries Elizabeth and has three children.

Lucy Black is one of the primary characters in the webcomic. She is a black and white anthropomorphic cat who is the fraternal twin of her brother Fisk. Lucky Black is also the name of a similar character in the webcomic Badly Drawn Kitties by Mat Sherer, who is credited with created the character of Lucy. At one time, the characters were intended to be the same character, the artists being friends and sharing the character. There had since been a falling out, sometime around chapter 13 and 14 of Better Days, and Mat and Jay's Lucy character's became two different ones, one for Better Days, and one for BDK. Fisk was a Better Days character that crossed over to Badly Drawn Kitties several times. Since Jay and Mat's falling out, Fisk has been removed from the BDK cast and comic, explained off as being killed overseas.

A black cat with white hair, Lucy, alongside Fisk, is one of the main characters of the strip, with many of the chapters following her life and maturity into adulthood. Lucy is strongly attached emotionally to her twin brother and has even been involved in an incestous relationship with him, before coming to terms with it and eventually getting together with a rabbit named Tommy, who, at the time, was her roommate's boyfriend. Lucy currently works at a public radio station, where she reports the news.

Bethany "Beth" is a major secondary character in better days and on again off again sexual interest of Fisk. She is an anthromorphic white cat with long black hair and blue eyes. She was introduced when Lucy entered college as a goth girl who preferred to be single due to the fact her first boyfriend died only three months after they started dating and she had fallen in love with him. When she met Fisk when he came to visit, she began to show emotions for him, which only escalated as the comics continued. She began seeing people again and went into polyamourous relationships. She had at least three lovers, but she showed more emotions for Fisk than any other. In chapter 19 she began seeing Tommy's best friend Aron.

While in New York to show artwork, she asked Fisk to stay with her, to which at the time he agreed to with a kiss. After Fisk got a job with the covert government agency, their sexual relationship ended. When Fisk began seeing Elizabeth again, Beth stayed with Aron and purchased a boat in Florida. They lived in that boat until Original Life. Beth has a near unlimited supply of money from her family fortune, yet still had a job in a sex toy shop during college and had two chapters of better days as well as a storyline in original life. She has also been the focus of many of Jay Naylor's adult comics

Fisk displays strong political viewpoints from an early age. These views lead to conflict between his teacher, Mrs. Bedbutter, and Sheila, when Fisk is given bad grades for a series of patriotic essays.[4][19] Sheila goes on a date with Principal Longfellow, who claims to have been a Vietnam vet who served with Jim, and that he had cheated on her while serving in the war.[20] Sheila calls Jim's former commanding officer, Robert Kelso, to inquire about Longfellow's claims, and learns that Longfellow lied about serving in her husband's unit, and was discharged for aggressive fraternization and other issues.[21] When she confronts him about this, Longfellow rapes her, resulting in Fisk knocking him unconscious with a baseball bat.[20] Longfellow is later assassinated by members of his former unit.[3][4]

Fisk loses his virginity at age 10 to Nikki, an 11-year-old hyena.[4][22] Nikki's father is wanted by the FBI for murder and rape, and her sexual induction of Fisk had been the result of sexual abuse at the hands of her father.[4][22] At Lucy's insistence, Fisk asks his sister's friend Elizabeth, out on a date, after Lucy threatens to tell their mother "what really happened to her lawn gnome".[23] Although Fisk soon falls for Elizabeth, she learns that he had only gone out with her because Lucy had pressured him to.[23]

After Lucy learns that a boy in school had only dated her in an attempt to sleep with Sheila,[24] Fisk attempts to comfort Lucy, and they begin an incestuous relationship.[3][4] When Fisk reaches college age, he decides to join the army.[25] While attending college, Lucy begins a relationship with Tommy, the boyfriend of one of her roommates, Rachel, who has been unsuspectingly cheated on for years.[26] When Fisk is injured in training, he reunites with Nikki, who has since become a nurse.[27] Fisk fights in the Gulf War,[28] and takes over his father's former job as an undercover CIA agent.[29] When Fisk's cousin, Persia, disappears, he tracks her down, learning that she had left her job as a model to become a pornographic film actress, and was forced into prostitution by mobsters.[30] After a violent confrontation with the mobsters, Persia stays in Fisk's apartment until she can get back on her feet.[30] After a series of bad relationships, Elizabeth is still in love with Fisk,[30] and reveals her feelings to him, leading the two to resume dating.[31] They marry, and decide to have children.[31]

Although Naylor's artwork has been praised,[5] Better Days has received criticism for its political views and approach to controversial subject matter.[3][4] Crush! Yiff! Destroy! wrote that "the normal story-telling and humorous functions of the comic take a backseat to political diatribes and the characters are only there to serve as mouth-piece's for the author's opinions rather than as characters in their own right."[3] The Webcomic Overlook called it "the red-headed stepchild of a genre that’s already a red-headed stepchild."[4]

Better Days receives 15,223 unique visitors per month,[32] and is the most-subscribed webcomic on The Belfry Webcomics Index.[33] On October 30, 2005, Better Days appeared as a "awful link of the day" on the comedy website Something Awful.[34] Naylor stated that he received favorable responses from visitors who discovered his website through Something Awful.[34] 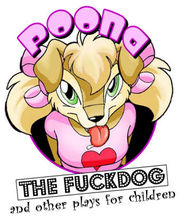 In 2006, the character of Jessica was used to promote the Sacred Fools Theater Company's run of the play Poona the Fuckdog (And Other Plays For Children).[35][36]