From WikiFur, the furry encyclopedia.
(Redirected from B.J.)
Jump to: navigation, search 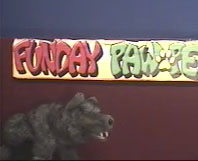 B.J. Wolf is a black-furred wolf on the Funday PawPet Show, puppetered and voiced by one of the show's creators and hosts, Yappy Slyfox.

While as of late, he hasn't been in much use on the show. But in past episodes, B.J. was normally called "a freak" by his fellow cast members for his crude sense of humor, and strange topics of converstion. He often references various scenes from the movie Jackass, further grossing out the other pawpets, namely Ezra, and advancing in his status as a 'freak'. 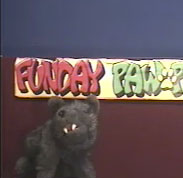