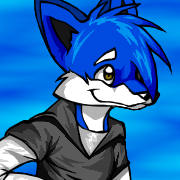 Azura The Fox, better known as Fox or Azzy, is an American furry artist.

Azura registered for a Fur Affinity account shortly after becoming a member of the fandom on September 8, 2008, and has been submitting his anthropomorphic art there ever since.

However, he soon discovered the problems that he knew he had to face as a furry, such as his impression that the fandom was full of anthropomorphic adult pornography, or that many non-fandom people[who?] were under the impression that every person in the fandom was addicted to it, as well as to bestiality.[citation needed]

He has dealt with many furry haters[who?] and YouTube trolls,[who?] and has since been searching for a way to both end the furry stereotype,[clarify] and help the sex-addicted furs artists to try something different with their talents.[clarify][citation needed] He has always wanted the furry fandom to be something clean and family friendly,[citation needed] and he hopes that it can one day be recognized as such.

Azura began to distance himself from the fandom in the early months of 2010, trying to establish himself on his own, rather than linger amongst fandom tension and drama. Despite this, he continues to keep in touch with other furries of the fandom.

His fursona is a nameless anthropomorphic fox with blue fur. He created his fursona to reflect his personality, and feels that the color blue is perfect for his fursona because, according to him, "it goes well with any other color".

Around December of 2004, prior of discovering the fandom, Azura developed a strong interest in writing fictional stories. His style was heavily influenced by RPG-style videogames produced by the Square Enix company, mostly by the popular series known as Final Fantasy. This gave him the desire to illustrate the stories' characters, given him and incentive to learn how to draw.

It took Azura a total of four years to develop his artistic techniques, with most of his character designs anthropomorphic in nature.

After his introduction to the fandom, he decided to become a member of two art communities, DeviantArt and Fur Affinity, to share his passion for art with other people.