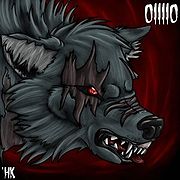 Kannakin is a predominately furry artist who currently resides in southern California.

Over the past year and half she has been collaborating with David Hopkins, (the creator of the webcomic Jack) on multiple print and web-based projects.

Current and past collaborative works with David Hopkins include:

Kannakin also has developed a healthy portfolio of her own works that include traditional media, digital media, and creating mascots.