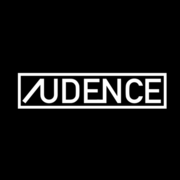 Audence (born October 7, 1998), also known as Aero Lombax, is an electronic music producer who makes music in a variety of genres, ranging from vaporwave to progressive house, which he claims to prefer making. His fursona is an orange and brown lombax.

Audence first started producing music on an online audio workshop, named Audiotool. He was producing music under the name "Aero7". After some time, the name was changed to "Audence", after him claiming that it doesn't fit with the music he likes to make. To this day, his Audiotool profile is still up.

Audence has listed a numerous amount of artists as his inspiration for many of the songs he makes, such as Macross 82-99, Blank Banshee, Audien, and Martin Garrix.