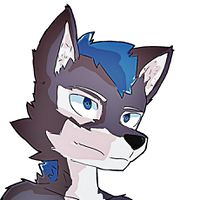 Atoro, also known as Atoro Desu (real name Robert Jauss), is a furry fan and MILFur who lives in Fair Oaks, California, USA, with his partner.

Atoro has been a member of the fandom since early 2004 when he discovered its existence thanks to a friend in high school. He is the owner and administrator of FurHost and Yaoi Haven Reborn.

Atoro's fursona is a black fox with white markings and a blue hairstyle. It has gone through a few iterations, each slightly changing, but mostly staying the same. He is named by a combination of his first name and his at-the-time girlfriend's first name in Japanese (A to RO, Andii to Robii).

Atoro's partner is based on Robert's real-life partner and is represented by a snow leopard with standard markings.