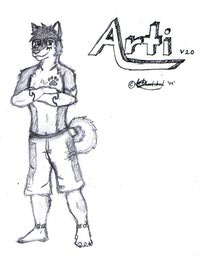 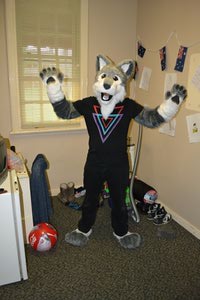 Arti appeared within the Australian furry community during late 2006. He has attended a few major meets within Australia, including FurDU and FurJAM, and some smaller local meets within his region of residence.

Arti's fursona is a grey and white-furred Siberian Husky. His facial and body markings are the standard markings of most Siberian Huskies, with the addition of a paw print tattoo on the right side of his chest and a large tribal tattoo across his upper back.

Arti owns a partial fursuit, depicting his fursona, which was constructed by Toska of The Menagerie fursuit-making company.[2]