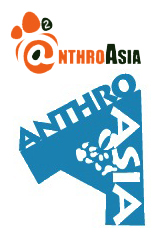 AnthroAsia is a furry community website catering to furs in the Asian region.

AnthroAsia was originally established on September 7, 2004 under the name AnthroMalaysia and the forums were hosted at InvisionFree. Roughly two weeks later the forums found a new home at AnthroMalaysia.info. To reflect the increasing diversity of its membership, around July 2005 it was renamed to AnthroAsia.

The AnthroAsia website hosts a MyBulletinBoard-powered community forum with 110 members (the majority of whom reside in the Southeast Asia region) and counting. In addition, the website also offers to its members a small number of accounts for free e-mail and FTP webhosting.

In November 2006, the website portal was launched together with an integrated gallery and blog service. An IRC channel on FurNet named #AnthroAsia was also launched in the same month. A few months later the A2Wiki was launched.

AnthroAsia members have frequently organised meetups amongst members in various cities including Kuala Lumpur and Singapore. This included the 2005 AnthroAsia Annual Meet also known as 3AM which was organised in Singapore.

These websites are currently hosted by AnthroAsia: