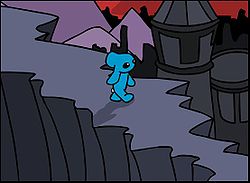 Another Day is a flash series created by the Super Flash Bros. in the UK.

The series started as an experiment with a WACOM graphics tablet. The popular video game section in Another Day Two spawned the flash game Nightmare which brought the series extra attention.