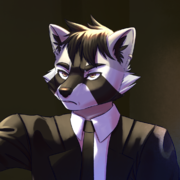 Amadeus discovered the furry fandom by accident in 2015 but didn't have the courage to join the furry fandom at that time because of fear of not fitting in the fandom or being prejudged by non-furry people.

Amadeus eventually changed his mind and joined the furry community on June 13, 2019, as an effort to make more friends. Amadeus claims it is one of the best decisions he's taken in his life.

Amadeus's fursona is a raccoon. 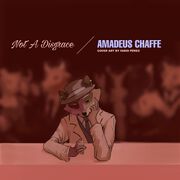 Not A Disgrace (EP cover) 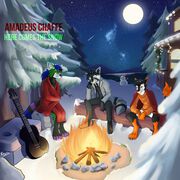 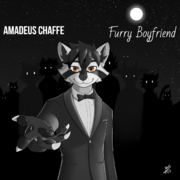 On April 25, 2020, Amadeus released his first EP Not A Disgrace which features four original songs composed by him (Travel In Time, Bedroom At Night, Not A Disgrace, Journey) Amadeus is expected to continue his music career as a furry musician only.

On December 1st, 2020, Amadeus released the christmas single Here Comes The Snow with an important message regarding christmas in the COVID-19 era. This song broke a views record on Youtube reaching 100 views in less than 24 hours, becoming the first song in his catalogue to break this record.

On January 16, 2021, Amadeus released his biggest hit at the time, Furry Boyfriend which broke a new views record of 590 views and 140 likes on YouTube in only 24 hours. Furry Boyfriend also became the most heard Latin American furry song in YouTube, only 48 hours after it's release. Furry Boyfriend it's also the first single of Amadeus Chaffe's álbum Elephant In The Room, announced by Amadeus himself to be released in January 2022.