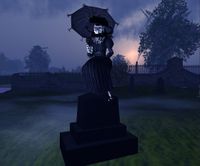 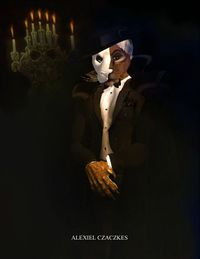 Alexiel Ravenswood as The Phantom.

Alexiel Ravenswood (born August 1)[1] is a furry who lives in San Francisco Bay Area, California, U.S.A.[2] Her fursona is a lion.

Alexiel is on Second Life, where she is resident of one of the Fur Valleys sims: Jaguar Valley. Alex is also the founder and director of Ravenswood Theatricals. She directed their first production, The Phantom of the Opera, and also starred in it as "The Phantom".