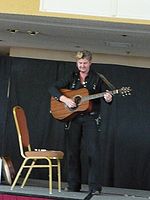 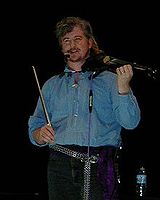 Alexander James Adams "has taken on the formidable task to preserve and carry on Heather Alexander's legacy of Music and Magic."[1]

Also named 'The Fairy Minstrel' Alexander is a vocalist that can play violin, guitar and tambourine/hand drum. His solo performances are composed of his own songs (which are available on cds) where in between he tells tales & anecdotes from other performances, his home, historic tales, faerie tales and other stories. He frequents conventions and (medieval) fairs often taking any chance he can to enjoy a play.