A Tail of Identity

From WikiFur, the furry encyclopedia.
Jump to: navigation, search
Culture > Internet coverage > A Tail of Identity 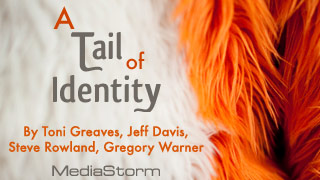 A Tail of Identity is a short documentary about furry fandom, produced in 2009 as part of the Washington Post's MedaStorm workshops.

The work features interviews with Jay Van Buren, Marko T. Rat, and Foxwell. Rapid T. Rabbit also makes an appearance. The dialog is interspersed with secondary footage and photography, as well as videos of experiments on rats from the Prelinger Archives.