The most relevant boards for furries on 4chan are /trash/ - Off-Topic and /b/ - Random.

Prior to 2005, it also allowed lolicon and shota; however, these categories are now restricted to /b/ (a random board where any type of media and content can be posted within U.S. laws, which is almost always ignored), due to TOS violations. In response, not4chan.org opened their own loli/shota boards to fill in the niche. 4chan also incorporates other categories such as "Papercraft and Origami", "Videogames", "Animals and Nature", "Traditional Games", "Mecha" and /vp/ (a spinoff from /v/ that is dedicated for Pokemon,[1] among others. 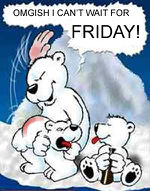 For the first year or so of its existence, the majority of people on 4chan looked down upon furries, even funny animal cartoons, as a nuisance that does not belong on an anime board.[citation needed]

The official 4chan rules[2] states clearly that furry pornography is not allowed outside /b/, however there is no rule against regular anthro-content. Many anthropomorphic characters are posted everyday on various boards outside /b/. Examples include /ic/, the Artwork and Critique board, where many anthro artists seeking constructive critique post their new works, /co/, the Comics and Cartoons board, well known for the brony movement (which was eventually given its own board, /mlp/), /v/, the board devoted to video game related discussion. and the previously mentioned /vp/.

The board /b/ is centered around anonymity and is rebellious against any sort of rules imposed on it from outside. Furry Friday is a regular feature of /b/, as every Friday /b/tards and furries flood the board both with clean and pornographic furry media, to the disgust of some other /b/ users (who invariably complain that it is the "wrong day" if furry art is posted on any other day).[citation needed] Images and "siterips" from furry pay-sites (such as SexyFur) are often reposted on Fridays. In early 2008, Furry Friday was "officially" replaced by F40PH Friday, during which users post images of locomotives. This sparked a huge protest by the 4chan furry community which to this day has continued to post furry art on /b/ anyway.[citation needed]

4chan never welcomes furries or furry art, even on /b/ and /trash/, the only parts of this site that allow furry material, and posting furry material on either can sometimes lead to a temporary ban, although this practice is becoming rare. Some members even received a permanent ban for posting furry artwork on /b/.

On April 1, 2005, 4chan administrators pulled a stunt called April Furs Day[3][4], wherein a /fur/ board was created, and people were informed that from now on, furry images should go in there instead of /b/. Some users assumed it to be an April Fools' Day joke, and expected it to be gone the next day[5], while others complained about it in both /b/ and /fur/.

By April 2nd, it remained and people against it tried to flood it with non-furry images, such as EroGuro -- the moderators immediately banned those people. Finally, on April 3, the moderators removed the board, and banned every person who had posted in it -- including those who complained about it in the /fur/ board. The banning almost completely eliminated all furry (and many anti-furry) postings for the next several months. This prank has not since been repeated.

Months prior to the April Furs Day event, to balance the growing demand for furry art and to provide a place for furry artwork to be posted without risk of removal or banning from an admin (as 4chan's owner proclaimed it was an anime website and would never add any furry or cartoon board), a user named Dr. Pon found hosting for and founded Fchan, a furry image-board.

The addition of /vp/ in April 2010 contradicts this statement, as some see the Pokemon-themed board as a place to post anthro Pokemon.

On several occasions since 4chan began, some members of the /b/ community have organized raids against WikiFur utilizing the message board as a communications medium.[clarify][citation needed] Typical punishment consisted of a forum ban that could last for two weeks or longer, or be permanent, depending on the offense.

Such vandalism is similar to pranks on Wikipedia and other wikis.

On November 30th, 2008, at 15:54:26, the 100 millionth post on /b/ was a post that featured a furry image by artist Strype (image)[6]. This iconic action on this day would shortly thereafter be labeled as the day of "Epic Fail"[7]. The post/thread was immediately deleted, but not before users were able to save/download copies of it. [8]

Other furry GET/milestone 4chan posts include:

The 200,000,000th post was significant as it was stickied, gathered over 4,000 posts, and brought about another large backlash, causing moot to truncate post numbers on /b/ so the last 3 digits in a post cannot be seen simply by glancing at the post.[clarify]

On September 21, 2015, moot handed ownership of 4chan to Hiroyuki Nishimura, founder of the image board 2ch. With input from 4chan's userbase, Hiroyuki soon set about creating several new boards, like /his/ - History and Humanities and /aco/ - Adult Cartoons. On November 7, 2015, /trash/ - Off-Topic was created as a repository for threads deleted from other boards for being off-topic, low quality, or otherwise breaking certain site rules. Users quickly noticed that 1; they were allowed to create threads on /trash/ despite its intended purpose, and 2; that Global Rule #3 was not enforced on the board (with the clause that loli/shotacon pornography was still banned).[11] This meant that /trash/ quickly became a furry stronghold, with a sizable ratio of threads being devoted to pornographic furry art. Other common threads on /trash/ include Hunger Games or roleplay threads, Steven Universe discussion, and NSFW My Little Pony discussion or image dumps (as /mlp/ is designated a worksafe board).

On 2006-08-23, the 4chan moderators started to strictly enforce its previously neglected rules on posting illegal content, private forum/wiki raids (such as the ones on Wikifur) and posting personal information (doxing). This caused a great deal of unrest within the /b/ community, with many expressing their discontent. Ultimately, most users stayed, accepting the new rules, while some left to find other image boards on which they could post such content without punishment.

A new home was found at the 7chan image-board, and a new /b/ community was recreated there with less restrictive rules, and a dedicated board for the posting of calls to invasion, /i/. Thus, any clash, raid or interaction between /b/ users and furry most likely originates from this new board, instead of 4chan's /b/ community and/or users.

Both 4chan and 7chan /b/ communities share some of the following terms. These examples are some of the most relevant when involving furry, with some appearing during /b/ invasions (raids.) Many other examples can be perused at WikiChan.