In 2016 and 2017, eight people were arrested in Pennsylvania and Virginia, USA, during an investigation that started in relation to the alleged sexual abuse of an underage boy. Most, if not all, of the arrestees, were members of the furry fandom. 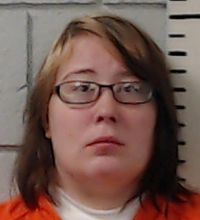 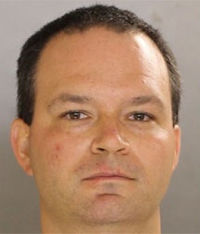 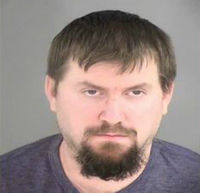 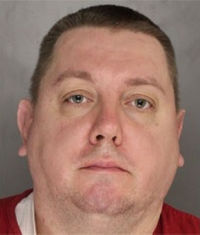 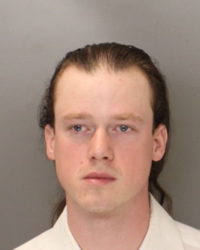 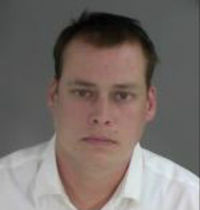 The eight suspects, and the charges under which they were arrested, were:

The victim was born this year.[5] Newspaper reports would describe one of the offenders as "a relative of the boy, who had been living with a grandmother",[6] and described a tiger costume he wore to furry events,[6] leading to members of the furry community identifying him as Skarr, the son of David Parker/RebelWolf.[7]

Parker would later tell authorities that he tried to perform sexual acts on Skarr when he was 2 or 3 years old, and engaged in sexual acts with males in front of him.[5]

Beginning in 2009, Parker would transport Skarr to a house, where, as the victim described, men donned full-body animal costumes.[6] Skarr, in the meanwhile, was made to dress in a Tony the Tiger outfit.[6]

According to the Pennsylvania attorney general’s office, Fenske would abuse Skarr at these furry parties. It was alleged that Fenske took the boy upstairs from the party, undressed him, and forced him to have sex,[6] an act which occurred on possibly three or four occasions.[6]

Investigators allege that in this year, Parker and Skarr went to a house on Butler Street, Pittston, Pennsylvania, to visit the home’s resident, Craig Knox.[8] According to Knox's later testimony, he met Parker in 2009 or 2010, and the men discussed their mutual attraction to young boys and dogs.[8] Knox also stated that Parker offered to let him have sexual relations with Skarr, and both men engaged in sex acts with the boy that day.[8]

Prosecutors allege that Paige Tasker had a brief relationship with Parker, and over Christmas 2015,[9] went to Saylorsburg to visit him in his trailer.[10][9]

It is further alleged that, during the visit, she slept in Skarr's bed and assaulted him.[10] Authorities allege Tasker on more than one occasion performed a sex act on the teen victim.[10] She is accused of having sex with him three times and performing oral sex on him while the pair shared a bed in Parker's trailer.[9]

On Tuesday, May 31, 2016, Jeffrey Harvey posted an advertisement on Craigslist, soliciting sex:[11]

Special Agent Daniel Block, of the Pennsylvania Office of the Attorney General, responded to Harvey (then only known as a string of numbers attached to a Craigslist address), saying that he was 13, and asked if that was too young.[11] Harvey responded, "I’d love to meet but not at the risk of jail," but continued the conversation, which gradually became more graphically sexual.

On June 6, Harvey wrote: "If we meet we can never unmeet".[11] By the next day, he replied to a message using a personal Yahoo email address. Special Agent Block sent Yahoo Inc. a subpoena for more information about the address and had Harvey’s phone number and name by June 13.

On June 14, Harvey messaged: "Still wish u wud let me come and knock on yur door n u answer in ur briefs".[11]

Harvey and the fictitious boy made plans to meet at 1 p.m. on Tuesday, June 28, on the 500 block of Moosic Street. Harvey arrived five minutes late and was arrested, charged with unlawful contact with a minor, criminal use of communication facility, involuntary deviate sexual intercourse with a person less than 16 years old and statutory sexual assault.[11]

Harvey was confined to the Lackawanna County Prison after failing to post $100,000 bail.[12]

During an interview with agents, Harvey stated he had met a number of individuals, through online advertisements, who were interested in sexual contact with minors,[12] and the investigation showed that Parker was in contact with Harvey trying to procure a child for both men to sexually assault.[13]

The information Harvey provided led agents with the Office of Attorney General’s Child Predator Section to execute a search warrant at the home of Parker. The warrant was executed in the early morning hours of Wednesday, June 29.[12]

A preliminary review of Parker’s cellular telephone by the Office of Attorney General’s Computer Forensics Unit revealed numerous images of "apparent child pornography".[12] He was placed under arrest and charged with 10 counts of possession of child pornography and one count of criminal use of a communication facility.[12] After failing to post $50,000 bail, Parker was confined to the Monroe County Prison.

On Tuesday, November 1, Knox was located at his residence in Virginia.[8] He had moved from his home in Pittston (where he had lived from approximately 2005 to 2012)[8] "to get away from all that negativity that surrounded me out there."[6]

Knox’s roommate in Virginia, Stephen M. Taylor, was also arrested during the raid.[6] Debra Kendall, one of Knox’s neighbors, described the raid: "I came to the door and I saw a mass of police and other vehicles with blue lights ... I heard them break the door in and I heard the young man [Stephen Taylor] yell at his roommate, ‘What have you done?’ That was Craig."[6]

Knox was taken into custody and agreed to be interviewed.[8]

Taylor was charged with bestiality and animal abuse.[6] A warrant for his arrest indicated that he had sexual contact with a dog; according to assistant commonwealth's attorney Nael A. Abouzaki, Taylor owned eight Rottweilers and admitted to police that he performed oral sex on one of the dogs.[14] Abouzaki additionally said a hard drive found at Taylor’s home contained 171 images of bestiality, including 10 images of Taylor performing oral sex on a Rottweiler.[14]

The eight dogs at Taylor's home were seized, and two of the dogs had to be euthanized.[14]

On Friday, January 27, 2017, Fenske was arrested and charged with child rape, involuntary deviate sexual intercourse, and unlawful contact with a minor.[15] He was arraigned and was held on $750,000 bail.[15]

Shortly thereafter, Fenske disabled access to his Fur Affinity account and deleted his Twitter account. Around February 5, the Fur Affinity account was reopened with the administrators reminding people of the principle of "innocent until proven guilty", and warning people not to post malicious shouts on the page. By February 9, the page was again disabled.

In late January 2017, investigators in the case searched the house of Phillip Stallsworth, and found photos on a digital storage device that showed he had engaged in sexual acts with several dogs.[17] Upon noticing police cars parked outside his home, Stallworth performed a "factory reset" on his phone, wiping its memory.[17] Stallsworth said the device contained about 20 videos and images depicting him having sexual contact with dogs,[17] and admitted during a January 27 interview that he had sex with four dogs, doing so most recently with a dog in Doylestown some three months before his arrest in February.

Although arrested as part of the wider child-abuse investigation, defense attorney John Fioravanti, representing Stallsworth, said his client has no involvement with those events.[17] Stallsworth was not charged in connection with that case and was instead charged with sexual intercourse with an animal and tampering with evidence.[17] He was freed on $25,000 unsecured bail and prohibited from contact with animals as the case proceeds.[17]

On the morning of May 8, 2017, Kenneth Fenske underwent a preliminary hearing before District Judge Charles Baum in Perkasie and was ordered held for trial.[18][19]

On Sunday, May 14, the Pennsylvania Attorney General's Office announced charges against Paige Tasker.[10] She was arraigned on $250,000 cash bail and ordered to Monroe County Prison, on charges of statutory sexual assault, corruption of minors, involuntary deviate sexual intercourse and indecent assault.[10][20] A preliminary hearing was tentatively scheduled for May 22.[10]

After being identified by David R. Parker, Anna Lynn Durbin, 25, is charged with statutory sexual assault, corrupting a minor and indecently assaulting a person under age 16.[21] Durbin was placed in Monroe County Correctional Facility in lieu of $250,000 bail and, as of mid-July, 2017, is awaiting a district court hearing.

On August 8, Stephen Matthew Taylor entered an Alford plea to a felony charge of inflicting pain and causing the death of an animal, and a guilty plea to a misdemeanor charge of animal cruelty.[14] After his court appearance, Taylor said he entered his pleas because he did not feel that he could get a fair trial in Henrico.

Taylor was to be sentenced on November 14, and was ordered to undergo a psychosexual evaluation.[14]

On November 15, Stephen Matthew Taylor was sentenced to 20 months in prison.[24] Henrico Circuit Judge James Stephen Yoffy said he would make Taylor eligible to serve his sentence under a work-release arrangement, in which the defendant can get out of prison during work hours to go to his place of employment. Yoffy prohibited Taylor from owning any animals.

Jeffrey Alan Harvey plead guilty in November[when?] to criminal attempted statutory sexual assault and criminal use of a communication facility.[25][26]

On January 12, Kenneth Fenske was found not guilty of all criminal charges by a jury after two hours of deliberations.[28] During the four-day trial, his attorney compared the prosecution witnesses' testimony to "a train wreck", arguing that the goal was a payout in civil court and that Fenske could not have taken off a fox fursuit that its maker testified as being made in 2015, six years after the alleged rape.[29] David R. Parker had testified for the prosecution, claiming that his own guilt had prevented him from going to the police.

On February 27, Paige Tasker was sentenced to one to ten years in prison.[27]

On May 11, Anna Durbin was sentenced to one to five years in state prison, after pleading guilty to having sex with Skarr in Hamilton Township in 2015, when the boy was 14.[30]