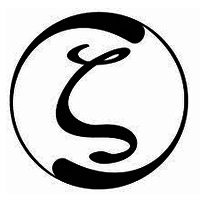 Zoophilia is the technical term for the sexual attraction of humans to animals.[1]

it is a favorite term used in popular and furry culture as an alternative to the term bestiality,[citation needed] because it stresses orientation over acts, and is usually regarded as less prejudicial. (For more information on the context and use of the technical term, see: Paraphilia.) 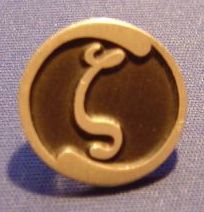 Most people who identify themselves as zoophiles distinguish between zoophilia and bestiality. Though some zoophiles choose to engage in sexual contact with their animal companions, not all do. Zoophiles state that they are lovers of animals, and that sexual contact, when it is done, is an extension of a deeper emotional and perhaps spiritual relationship with the animal, similar in character to the sexual expression between human companions.[2]

Zoophilia as a sexual orientation[edit]

In his study of 8 zoophiles, Donofrio[3] (unpublished doctoral dissertation, 1996) suggested that zoophilia may not be a clinically significant problem, and reported that the concept of zoophilia being a sexual orientation was supported by his doctoral study. He suggested using a scale resembling the Kinsey scale to measure sexual interest in humans vs. animals.

As most furries express some degree of sexual attraction towards anthropomorphic beings, several surveys have also asked furries about zoophilia. To date, however, no surveys have asked about bestiality.

Below is a review of the estimates on the prevalence of zoophilia among furries:

The simple average across all surveys is 16.1%. Weighing the estimates according to sample size gives a result of 14.9%. Some important limitations of these surveys should be noted, however.

A shortcoming that affects every survey on the furry fandom is the fact that it's impossible to gather a random and representative sample of online communities. As all of these surveys rely on self-selected samples, they may have oversampled furries who have a greater interest in the fandom, a more positive opinion of it, or who simply spend more time online.

Rust, J. D.t's estimate of only 2% would be even lower than what's been estimated for the general population, however this is likely due to social desirability bias affecting the results, as 325 of the participants were interviewed in-person, and respondents had to provide identification plus an email address in order to participate in the online survey.

In Dr. Sharon Roberts' survey respondents were asked to list their kinks and fetishes in an open-ended question. As some zoophilies think of their attraction as a sexual orientation rather than a paraphilia or kink, not all zoophiles may have listed their attraction on this question. Furthermore, only respondents who listed at least one kink were included in the total, hence furries who are asexual or don't have any kinks are not represented in these results.

Hsu, K. and Bailey, J. M's study focused only on participants who identified as male, hence their results are not generalizable to all furries. They also state that 64.7% of participants were recruited via a forum for furries. While they don't specify what forum, other surveys of the fandom suggest that very few furries participate in forums.[16] It should also be noted that while 46.7% of respondents reported some level of sexual attraction to animals this does not necessarily mean that they can all be classified as zoophiles, as many researchers set a threshold of medium or low attraction to make such a classification.

ZooWiki was a wiki for the German zoophile community. It was created on May 23, 2005, by Wolfie. It had 89 articles as of October 2006, on topics such as literature, authors, philosophy, events, vendors, anatomy and general trivia.

ZooWiki's policies specified that it should not contain explicit or illegal content. ZooWiki was located at http://zoowiki.zetapin.de/ (defunct, July 2012. Retrieved via the Internet Wayback Machine).