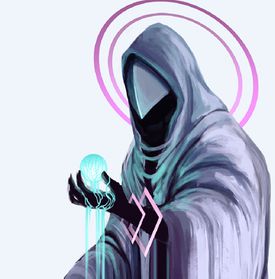 Zenuel is a furry living in Melbourne, Australia, recently moved from Seattle. His fursona is a mysterious hooded and ambiguous bird character.

A very active game developer, musician, voice actor, and writer; Zenuel has lent creative support to AnthroMedia as an editor and co-host, Starbound(game) as a writer and designer, and in 2064: Read Only Memories as the voice of Leon Dekker.

Zenuel has also worked on a variety of personal projects, such as games, music, 3D digital sculpts, and other miscellaneous projects which can be found on his website.