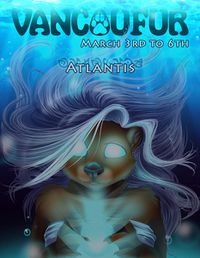 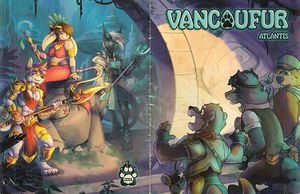 VancouFur 2016 was be the fifth instance of the VancouFur convention. It was held over March 3-6, 2016,[1] at The Executive Airport Plaza Hotel in Richmond, British Columbia, Canada.

2016 was the third year a local non-furry artist was brought on to create a GOH Dinner cake. Mother to one of the staff, and a furry ally, Julie (http://juliesmixedmedia.com/) created a themed cake for 2016.

At time VancouFur 2016 was being held, the hotel was also housing several Syrian family refugees. There was concern that the furry fandom would be a "culture shock" for the Syrians that recently arrived in the country, and attendees (particularly fursuiters) was asked to to be sensitive and careful around them. In the end a great time was held by all, with the Syrian children enjoying the costumes and fursuiters having a good time entertaining them.[5]