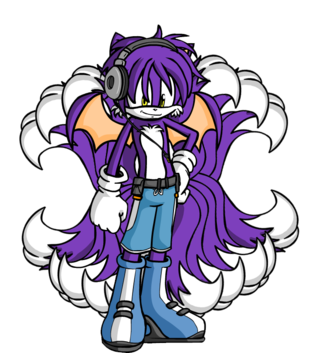 Hayao Yokogawa by gen8hedgehog
Roman "Hayao Yokogawa" Sarapulov - 16 tailed fox with bat wings (16 - Happy with the number of Taurus and the number is linked with computers).

Hayao had been a one-tailed fox. But a tragedy happened. When Hayao walked into a computer shop for a new card, Unknown caught him and demanded it. Hayao became discourage. But it still caught and taken away to an unknown location. It was abandoned chemical factory, which experiments such as mutation were conducted. After stopping, he said "Chief, I killed you and guarantee it. "He only laugh. Hayao threw to the door. He unleashed the hands quietly and quickly withdrew the bandage. All silent and watched with astonishment at the fox. While they watched, he struck several blows to the chief. They understand the situation, and to deafen caught him. The next day, Hayao awakened in a cage. Before him stood plate with unintelligible porridge and aluminum cup of water. The water was bitter. Then he felt a terrible pain and nausea. Only an hour later he discovered that he was with two tails. The next day, the bitterness has been unintelligible porridge, 4 tail. Then the bitterness was in the water again, but he somehow didn't notice that he had 8 tails. Hayao thought that they were not crazy enough to do it 16 tails. The next day he was not there. Apparently in a cage has been installed camera, because people have come in white coats. Opening the door. "Well all, now I have everything you will fall!" Hayao yelled and ran from the cell. The first, second, third. Hayao something like fail to beat people and turn away from needles, which were lethal to humans. But they managed to get. "Shit!" said Hayao and piled up in fainted. He awakened with the strange sensation. 16 tails and wings. -- Scary - to run in the brain from the fox and he fainted in off. Seeing a 4 times in a mug and plate, he see red and with all the force hit in keyhole mechanism. The mechanism departed. Remained kill all people, prevented him. Over the door of the room stood two men. Hayao jump in the outgoing one pistol, grabbed and magazines to shoot in both. Having a pistol and magazines, he went to seek the chief Fletcher. Chief found, he never learned what they needed videocard and killed him. Now Hayao never part with pistols. (Sorry,I translate this with GoogleTranslator)

In a parallel universe, Hayao Yokogava is a Stellar Foxtaur, a subspecies of the Forest Breed of chakat. As a chakat, his character is slightly different; he acquired a purple color due to genetic intervention at the embryonic stage (the idea was kindly provided by Bernard Doove), and he has only one tail and no wings. 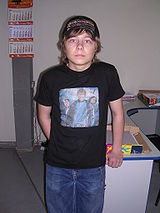 Roman Sarapulov
Roman Sarapulov was born May 19th, 1995 in Juznouralsk, Russia. He writes fanfiction, makes music themed on Sonic the Hedgehog, and draws on CorelDRAW and Adobe Photoshop. He has more characters, but declares only three of which were plagiarized; Blue Miles Prower, Red Sonic and Yellow Knuckles. 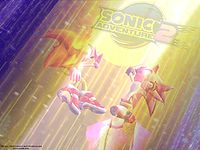 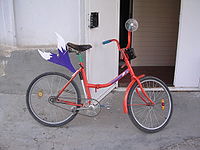 His bike, tuning by himself

What thinks a creator about that page[edit] 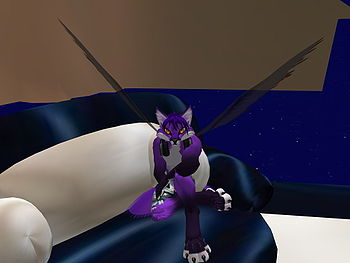