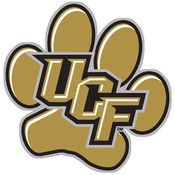 The UCF Furs is a group of furries based at the University of Central Florida. It is an unofficial club that meets on and around the university's main campus in Orlando, FL. It was founded on December 11th, 2015 when KuRue created a group on Telegram.

The group consists of current current students, prospective students, alumni, and other furs near the UCF main campus. As of May 16th, 2018 the group has approximately 100 members, with many living close to (or on) the main campus. There are also a few members who own fursuits. The group provides a button to new members with the UCF Furs logo.

On September 29th, 2013 a group known as UCF Furry was founded by Shadow-Faux who created a Facebook group for furries at the university. This group was small and gained one or two members per year. It eventually became inactive in late 2014. Unrelated to UCF Furry, the UCF Furs started to grow during the Spring 2016 semester and gained about 20 members by the end of the semester.