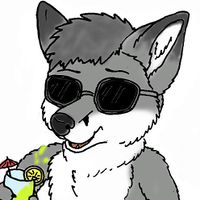 Tronchy (born 1995 in Cuenca, Spain), also known as Troxy or Troxx, is a Spanish furry fan who lives in Madrid.[1]

Tronchy's fursona is a gray fox.[1]

Tronchy discovered the furry fandom in 2012, and has been active in it since 2013, when he lived in Cuenca.

As of January 2016, he lives in Madrid, and is organizing several projects related to the furry fandom, with the objective of spreading this way of life and unifying the Spanish community.

Tronchy is the webmaster of the Furry Spain website, which (as of December 2015) is a work in progress.

Tronchy is on the board of directors of Spanish furry convention Furrnion.