Trap Me! - The Video Game 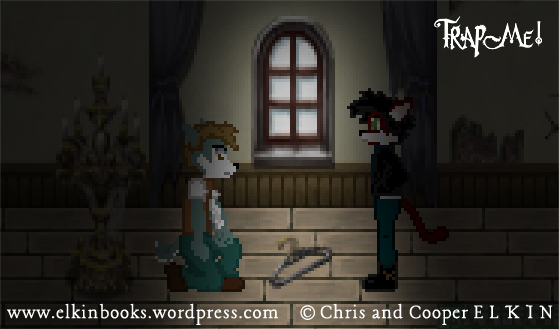 The story has not been revealed yet by neither Chris or Cooper. The developers mentioned that it will take place between their first book Trap Me! - Finally, a Happy Gay Furry Adventure and "Trap Me! 2" which is still yet to be published.

Not much information has been released so far. The developers mentioned during an interview that the players will be able to take control of both Aidan and Zack as they go through the game and solve puzzles, while revealing the story.