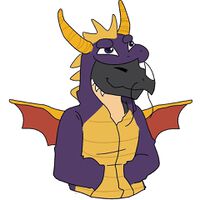 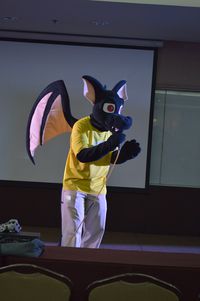 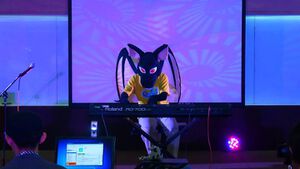 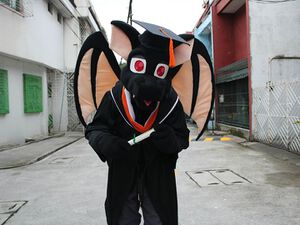 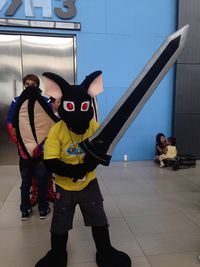 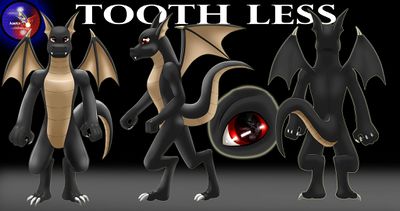 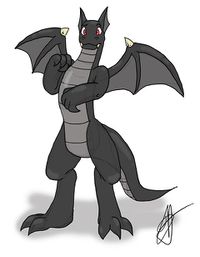 Tooth Less (real name Brian Uy, born on March 25, 1993),[1] is a Chinese-Filipino fursuiter, furry con organizer, entrepreneur, musician, and engineer living in Manila, Philippines. He finished his university degree with Bachelor of Science in Computer engineering at the De La Salle University[2]. He is an active member of The Furry Fandom since 2011. He's mainly working as Executive Director of FurryPinas[3] and is a real estate owner/investor.

Tooth Less gained interest in role playing with online friends on February 2011 after he was added by Dreamworks Animation's How To Train Your Dragon furry fans from a Toothless fan page, Night Fury "Toothless" in Facebook (which he administered during the early 2012). On May 2011, he was friended by Flamey Akizuki, a Filipino fur in Facebook, who introduced him to the group Furrypinos.

In June 2013, he founded the Furrypino Fursuiters Pack, a gathering of furries from the Philippine Furry Fandom, whom have specific interests in the art of fursuiting.

He founded FurryPinas which was first held in 2018 [4] becoming the largest furry convention in Asia and one of the largest in the world.

His fursona is a dragon, known as Tooth Less among his furry and non-furry friends, derived from his favorite dragon character from the Dreamworks' feature. He was suppose to use "Toothless" as his furry name but since Facebook didn't allow that name, he used "Tooth Less" as a way to bypass Facebook's security feature. In the end, he decided to officially use that name after the public got more used to using "Tooth Less" rather than "Toothless".

The organization also organizes other small events related to the furry hobby and furry community.

Tooth Less founded the Furrypino Fursuiters Pack on June 9, 2013 starting with 3 members. Due to slow growth rate of fursuiters in the country, the membership only grew from 3 to 19 in three years. However, it did not stop the group from becoming very actively involved not just in furmeets and fandom conventions but also in charities, volunteering, touring foreign furs, and bringing good image and publicity to the furry hobby and community.

Tooth Less founded a program under FFP, called "School of Fursuiting" where people can sign-up to make fursuits under the mentorship of FFP's veteran fursuit makers as one of its ways to increase its membership. The FFP School of Fursuiting is being coordinated and lead by Zhen Mao and Wishdream. In 2018, the school has over 30 students learning and sharing each other about fursuit making, caring, and performing. In 2019, the group now has over 83 students.

Tooth Less also initiated charity program involvement under FFP with the goal of contributing to the society using the art of fursuiting.

Tooth Less founded the FFP's Touring Programs, making sure that furs visiting the country are being accommodated well. The visiting furs are also being toured around the city with free private transportation and tour guides.

Tooth Less is involved in various international furmeets overseas. He regularly visits furries in other countries.

He has been a pianist since 1999, and have been performing in churches, schools and conventions. He was a rubik's cube speedsolver with various competition involvements and an official record of 13.38 seconds[8].

Tooth Less is currently a real estate owner and investor.