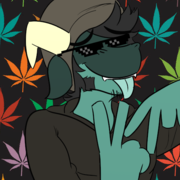 Tiberius is a digital furry artist and webcomic artst from Central Florida. His main fursona is an anthropomorphic lizard known as a "Lacertian"[1] that goes by the name, Tiberius.

Tiberius creates multiple pieces of independent art in the furry genre, mostly sticking to the scalie category. All of his art is released under the pen name of his "studio," Tiberius Creations

He is also known as Tib, Tibs, Tibby, or Tibbers.

This is a collection of webcomics made by Tiberius, their status is currently unknown. 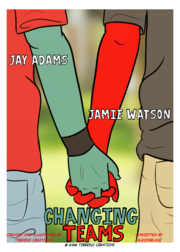 Broadhill: Broadhill is a solo webcomic created by Tiberius that features the lives of three teenagers, Liam [Who is based off of Tiberius], Thomas, and Annie, as they move through the pinnacle part of their teenage years in the fictional town of Broadhill, Florida. The comic is currently awaiting the beginning the second part of it's first chapter after 12 pages.

Changing Teams: Changing Teams is a comic created and drawn by Tiberius and co-written with Alexinblack. Changing Teams follows college sophomore, Jay Adams [Tiberius] as he goes through a major life change aided by his new found friend and soon to be partner, Jamie Watson [portrayed by Shock Dragon]. Changing Teams is still currently in it's first chapter.

Something Sweet [+18]: Something Sweet is an upcoming 18+ Adult Only comic by Tiberius Creations. No information has been given yet, other than it features his friend and fellow furaffinity user Tamashii, and his OC Aidan

Friendos: Friendos is a reboot of a comic series created by Tiberius. The series follows the format of comic strips detailing "relatable" moments and commentary on the furry community or current events. The series was originally created in mid 2016 and soon faded into the background after the comics were no longer updated. Near the end of 2016, Tiberius began to release "Friendo like" comics and soon announced that he wanted to reboot the series. On January 4th, 2017, Tiberius announced the return of the series, stating "I've done a lot of comics just out of the blue. But the Friendos tumblr died down a bit and I want this stuff back officially." Following the announcement, he released three new strips and announced the creation of the Friendos website, hosted on SmackJeeves. January 10th, 2017, Tiberius also announced the addition of a co-author, known as Pizzachu on Furaffinity, or simply, Pete. 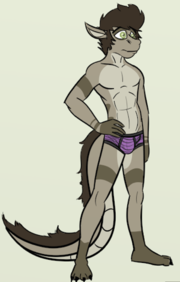