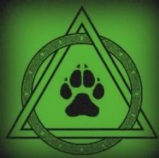 The Therian Discovery Forum is a forum created originally on proboards on April 16th, 2011.[citation needed] It flourished, and moved to its own domain on December 16th, 2011.[citation needed] Its primary focus is on therianthropy, but it welcomes all, including otherkin, plural systems, furries, and non-kin/humans. It is also very "newbie" friendly, and allows for sane discussions between the members.

The main website is still in progress, however the forums remain open for registrations and posts.