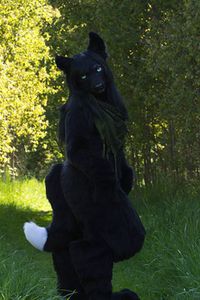 Nicole the black vixen as herself 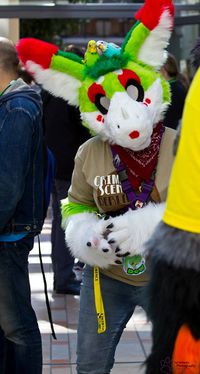 Theblackvixen was a fursuit-maker operating under the label BVsuits, She was also one of the official species moderators of the Dutch Angel Dragon species; but has since stepped down from the role due to time constraints.

Theblackvixen is currently a furry YouTuber as of 2016; creating video content on the channel named after her Dutch Angel Dragon, Dew. They post vlogs, fursuit how-to's, comedy skits, and speedpaints.

Theblackvixen owns four fursuits, with one being retired.