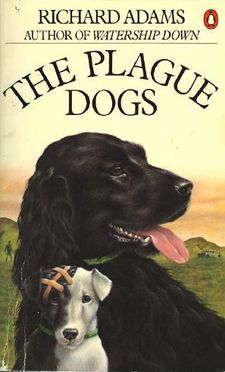 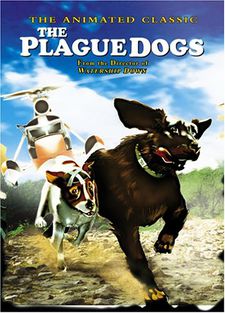 The Plague Dogs is a novel by Richard Adams. It was first published in 1977, and is about Rowf and Snitter, two dogs who escape from Animal Research, Surgical and Experimental (A.R.S.E.), in the Lake District of England. Many characters speak in dialect and heavy accents, phonetically-spelled. The dialogue of one character, a tod Red Fox, was "a good deal simplified" for an American edition (Adams, 11).

Early in The Plague Dogs, Snitter, a terrier dog, is described: "at first sight it seemed to be wearing a kind of black cap, causing it rather to resemble one of those animals in children's comic papers which, while the draughtsman may have given it the head of a cat, dog, bear, mouse or what you will, nevertheless wears clothes and may even go so far as to possess inappropriate anatomical features (elbow-joints, for instance, or hands)." (Adams, 29).