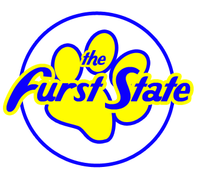 The Furst State's logo, by Reaux.

The Furst State is Delaware's regional furry community, though it has members from surrounding states as well.

The Furst State was founded by Pockets in 2005 as a small message board, and branched off into its own dedicated forum after enough members expressed interest. As of January 2011, the Furst State's the forum consisted of approximately 330 registered users but has since moved to Telegram for communication. It is run by a board of directors, including Sapphy, LupineSpark, RailRunner, Rexxie, and Landis.

The Furst State has members from a wide variety of regions and backgrounds, including students from the University of Delaware, as well as furries from Delaware's neighboring states. 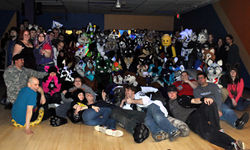 Meaning Behind the Name[edit]

The group's name, "The Furst State," is a play on words: Delaware was the first state to ratify the United States Constitution; because of this one of its state nicknames is "The First State."