From WikiFur, the furry encyclopedia.
(Redirected from The Dragoneer)
Jump to: navigation, search
Community > People > Dragoneer 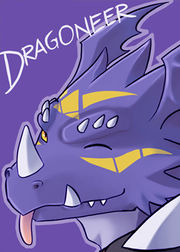 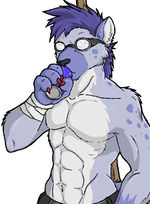 Dragoneer, formally known as The Dragoneer and Preyfar (real name Sean P. Piche; born March 25, 1980),[1] is an artist who lives in Virginia,[2] USA, and was married to Sciggles before they separated in April 2016.[3]

Dragoneer served on the Northeast Anthropomorphic Association board of directors, where he helped to organize and run the FA: United convention when it was in operation.

Dragoneer is the owner of Ferrox Art, LLC, which operated Fur Affinity from 2007 to 2015. Dragoneer joined the site in 2005 roughly two months before its initial demise due to Server problems. Having fallen in love with the community, he worked with then-owner Alkora to help bring the site back online. He was appointed lead administrator upon the site's return and eventually went on to take full ownership of Fur Affinity in October 2007,[4] purchasing the site for $2,500.[citation needed]

Dragoneer served as Fur Affinity's community manager for IMVU, which acquired Fur Affinity in January 2015. He served in this capacity until February 1, 2021, when he purchased the site back from them and placed the website under the operation of a new company called Frost Dragon Art, LLC.[5].

Dragoneer is primarily known for his Digimon-themed artwork, and his style leans towards mature and adult imagery, preferring to keep his clean artwork separate from the fandom. His images generally feature characters of draconic or reptilian nature.