From WikiFur, the furry encyclopedia.
(Redirected from The Chained Wolf Presents: The History of Humanity - A Somewhat Mildly Amusing Guide to a Now Extinct Species)
Jump to: navigation, search
Community > People > ISD 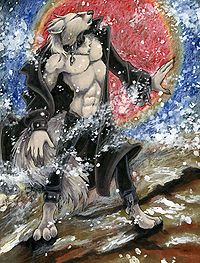