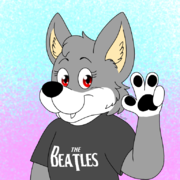 Taylor, also known as TaylorxxWolfie and Taylor The Wolf, is a furry artist, fursuiter, and fursuit maker from Connecticut, USA. 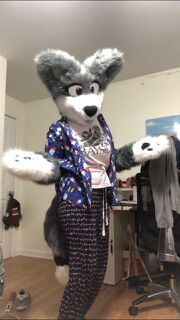 Taylor was always fascinated by mascot costumes. In 2012, a 12 year old Taylor was searching the internet for mascot costumes because she wanted one. From there, she stumbled upon fursuits. She did a bit of research on fursuits and eventually discovered FurAffinity. She noticed that FurAffinity was mostly an art website and everyone made their own animal characters, so she created one to fit in. She didn't quite understand the concept of a fursona yet.

Her first account got suspended due to her being underage. Not knowing the consequences, she kept creating multiple accounts because she was young and didn't know better. She eventually moved to deviantART to post her artwork. One day in 2015, her ip address was changed. She created a brand new account and started fresh on FurAffinity. She also created a new DeviantArt as a fresh start in 2017.

Taylor's fursona is Taylor The Wolf. She was created in 2013 when Taylor made another account on FA. She started as a crude MS Paint drawing of a grey wolf with red eyes. That eventually became her fursona. She has a white snout and neck, white paws and feet with black paw pads, red eyes, a cyan blue tongue, and a white tipped tail with a black stripe. Over the years, Taylor gave her fursona more character development. She became mostly like Taylor herself, wearing tomboy style clothes as well as a love for the 80s.

As previously mentioned, Taylor has always been fond of mascot characters. She created her first fursuit at the age of 12, which was rushed to be made in time for her cousin's birthday party. She called this character Tycon. Tycon was well received by Taylor's family. She made Taylor The Wolf in 2015 when she bought a base on etsy and used cheap craft fur. After a bit of practice sculpting foam in 2017 when she made Chuck E. Cheese puppets for a fan project, she eventually decided to try again with making fursuits.

Later that year, she decided to practice by making a fursuit head and gloves for her friend Dr. Ferdifer as a gift. This was her first time sewing a fursuit. A few months after Dr. Ferdifer was completed in 2018, She made another gift fursuit for her friend Vince The Fox. Later that year, she decided it was time to create Taylor The Wolf 2.0. She had very much improved her fursuit making and even started her own company called The Real Fluff Builders, the name being based off her favorite cartoon, The Real Ghostbusters.