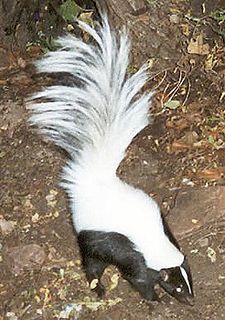 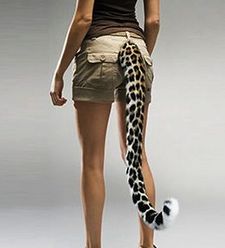 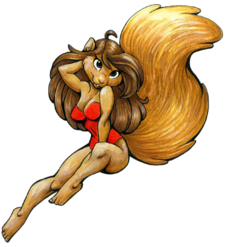 The tail plays an important role in furry culture, since its absence distinguishes humans from most other animals. It is thus an easy symbol of furryness, and many furs will wear fake tails for this reason.

Anatomically, the vertebrate tail is an extension of the spine. Non vertebrates can also have tails (such as the scorpion), but these are less well defined.

There exists a broad variety of tails in nature, adapted to various tasks:

In stories and art, the way a tail is held or moved can be just as much an indicator of emotion as eyes, bodily posture, or mouth position. Tails are often used to make weak warm hugs, and curling tails together (if possible) is a sure sign of intimacy between two characters. In adult-oriented settings, keeping one's tail lifted is often used to indicate accessibility and may be expected of someone in a submissive role (ironically nearly the opposite of certain real animals where the dominant one holds their tail the highest).

Care is often given to tails; as well as keeping them looking nice, they are also extensions of the spine, which means damage to them is especially painful.

The term Tail sex is the act in which a furry character's appendage is self-inserted or used on a partner for sexual stimulation.

Many furries have tails which they have purchased or made themselves. It is quite common to see people walking around conventions wearing the appropriate tail for their species. Most such tails are simply inanimate accessories, but a few fans have experimented with designing mechanical or animatronic tails that move realistically, either for standalone wear or as part of fursuits.

Tails can be purchased at conventions either in the Dealers Room or Artists Alley, or online from furs who make them.