SveaFur is an online community for Swedish furry fans.

In early 2006, a group of Swedish furry fans[who?] were displeased with the options available for Swedish furries to socialize with one another. The only active line of communication was the IRC channel SweFur and some felt that they wanted more than an IRC channel to go by. Therby Ratiries got the idea to start "SveaFur" together with Ricadonna who volunteered to host the website.

SveaFur soon started to gather interest and growth. After five months of operation, the membership totaled around 30 individuals, and several furmeets have been held in the cities of Lund, Malmö, Gothenburg and Stockholm, arranged by SveaFur members.

There used to be subforums for a World of Warcraft guild, which was open to any SveaFur member, and for the the Anthro World War II Art Bunker, both of which are now closed.

They also have a section for English speaking furs.

In May 2009 the forum went down and posts from the last few months were lost. The day after it went down, it was moved to another server, and the domain sveafur.se was registered. Recent activities includes opening an online channel in which members watch and discuss movies and shows together, and creating a Steam group for gaming related events.

In July 2009, the forum was moved to a more permanent server and had a quite needed revamping of the forum structure, adding a few new categories and removing some old, unused ones. 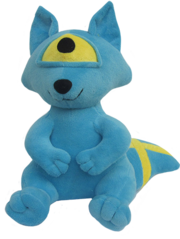 The Ragnar plush produced by Alexistar.

Two times a year since 2010, once in the summer and once in the winter, there are meets in the city of Gothenburg.

In 2013, the official mascot Ragnar was produced as a plushie by Alexistar and sold to members of the forum.[3]

Despite some discouraging from selected #swefur users[4], SveaFur hopes one day to affiliate itself with the IRC-channel, and merge them together. The two have recently started interacting more but still have a long way to go, one problem being that they attract quite different types of furries.[clarify]