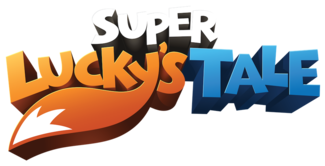 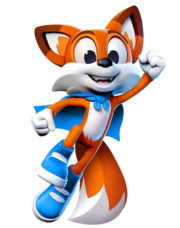 Super Lucky's Tale is a 3D platformer developed by Playful Corp. and published by Microsoft Studios for Windows 10 and Xbox One. It is the sequel to 2016's Lucky's Tale, a virtual reality 3D platformer for the Oculus Rift.

It was launched exclusively for the Xbox One X on November 7, 2017.

Super Lucky’s Tale follows Lucky, a curious and brave fox on a quest to find his inner strength and help his sister protect the Book of Ages, inside of which exist entire worlds and characters. The game's antagonist is a cat named Jinx, a mysterious villain who is trying to steal the Book of Ages for his own nefarious purposes.

Along the way, Lucky encounters a supporting cast of friends and adversaries. Lucky must confront the Kitty Litter, Jinx's mischievous kids. Lucky also meets friends and allies along the way, including misplaced Yetis, Kookie Spookies, a village of farming worms, and other colorful characters, all of whom live inside the Book of Ages and who, without Lucky's help, will fall prey to Jinx and the Kitty Litter's evil machinations.[1]