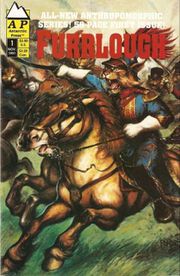 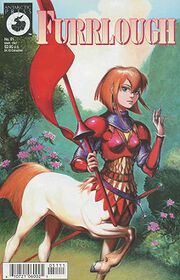 He also illustrated the Bazaar of the Bizarre, a collection of fantasy short stories by Fritz Leiber.

Stephan's artwork appeared on the covers of numerous furry publications throughout the 1990s, including the cover for the first issue of the furry anthology known as Furrlough.[1]

Peregrine's furry work have appeared in:[2]

A post to alt.fan.furry from Radio Comix's Elin Winkler in September 1997 states his cause of death as a heart attack.[3] A tribute to Peregrine showing his work can be found on the back cover of Furrlough #59.