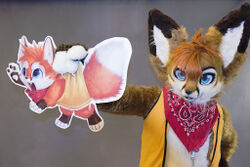 Photograph of Silverfox5213 with his fursona art during FURUM 2015 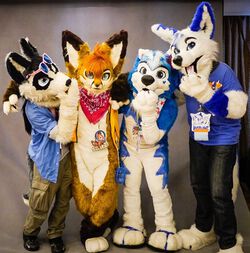 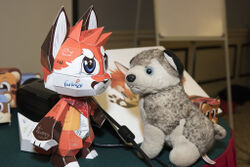 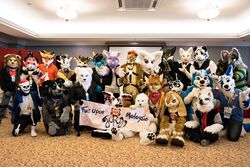 Silverfox5213 is a furry artist and fursuiter who lives in Malaysia.[1] He has a degree in graphic design and multimedia.

Silverfox5213's fursona is a red fox with fennec ears.