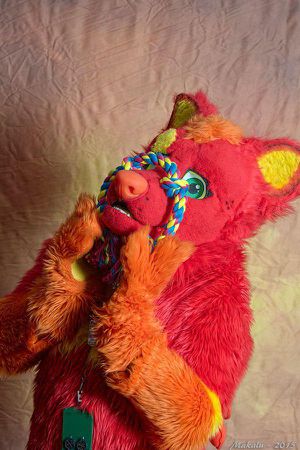 Sike (Sike Red Wolf) is a fursuiter who lives in Busan, South Korea, formerly from Minnesota, U.S.A.[1] His fursuit Banana, was constructed by ByCats4Cats in October 2012.[2] Having been a part of the fandom since 2009, Sike has been an active panelist and fursuiter.

He moved to South Korea in early 2017 as an English teacher. Before moving, Sike was regularly involved with the MNFurs community, GFK furs and various other groups.