From WikiFur, the furry encyclopedia.
(Redirected from Shadows In Snow)
Jump to: navigation, search
Culture > Publications > Anthologies > Shadows in Snow 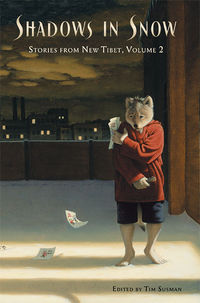 Shadows in Snow (Stories from New Tibet, Volume 2) is an anthology of stories set in Tim Susman's New Tibet universe. It was edited by Tim Susman and published by SofaWolf Press in January, 2004.

Shadows in Snow was preceded by the anthology Breaking the Ice (January 2002) and followed by the novel Common and Precious (January 2007).