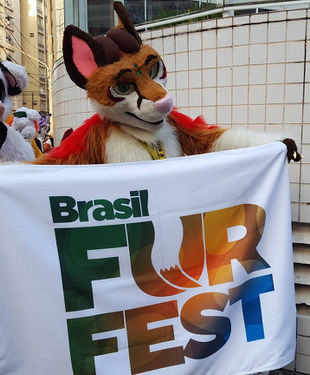 Ruby (a.k.a. Ruby Sionnach) is a Brazilian furry and fursuiter. Her fursona is a red and white fox-dragon.

Born in Santos, Brazil, Ruby joined the fandom in 2014 and started attending events in the same year, when she joined the Furboliche bowling event staff. Discovered the furry fandom because of her husband, Setzer (Senhor Siljuelas) who has been furry for a long time.

She was one of the founders of Brasil FurFest, first hotel-based furry convention in Brazil.

Ruby has commissioned her first fursuit with fursuit-maker Coby Wong in 2015. The fursuit was premiered at Furboliche 5 event. 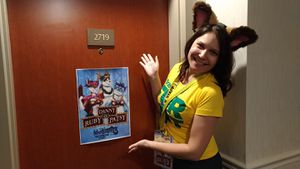