Renashe Tradewind (pronounced Ren-AH-shay; born November 2)[1] is a furry artist and fursuiter who lives in the United States.[1] 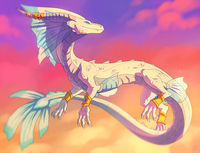 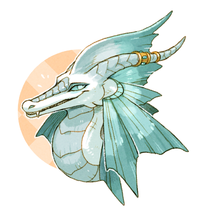 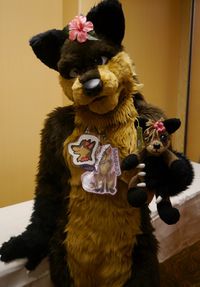 Renashe Tradewind is a digital artist, sculptor and amateur fursuit maker, having made one complete full suit of her alternate fox fursona.[2]

Renashe was also a Fur Affinity staff member from Febraury-June 2015, but was removed after publicly disputing the site's direction on advertisements, including explicit pornographic ads.[3][4] Her FA accounts were subsequently suspended.

Renashe's fursona is a white and blue eastern water dragoness.

Renashe has attended a number of conventions along the east coast.